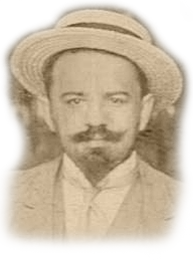 Pencho Slaveykov was born on April 27, 1866 in the city of Tryavna. He studied in Tryavna, Stara Zagora, Sliven, Veliko Tarnovo, Sofia, Plovdiv. In the period 1892 – 1898 he studied philosophy in Leipzig. In 1898 Pencho Slaveykov started work in the National Library and he became a deputy chief of it in 1901. A collaborator and editor of the journal Thought during the whole period of its existence (1892-1910). From March 1908 to February 1909 he was the headmaster of the National Theatre. In 1909 Slaveykov came back to the National Library where he kept working to 1911. On August 24, 1911 he left Bulgaria and lived together with his beloved, the poetess Mara Belcheva in different cities in Italy and Switzerland. In the spring of 1912 the two of them settled at the health resort Brunate on the shore of the Italian lake Como. There, on May 28, 1912 the poet died, his bones were brought to Bulgaria in 1921.

Pencho Slaveykov and Aleko Konstantinov were bound by close friendship. Between him and Dr. Krastev, Petko Todorov and Peyo Yavorov the relations were more of collaboration. When he published his first works, he got positive opinions from Ivan Vazov and Stoyan Mihaylovski.

The archive of Pencho Slaveykov stores many biographic materials like diplomas from Leipzig, yearly passport, permissions for travelling abroad, a certificate for the graduation of the State Classical High School in Sofia, a program for the funeral of the Pencho Slaveykov’s and Petko Todorov’s remains from 1921 with speeches by Boyan Penev and Benyo Tsonev. The archive contains a large number of drafts and notes to the poetic works, drafts of unfinished short stories by P. Slaveykov, notes for a drama, a manuscript of a collection of songs, lullabies, customs, holidays, many early manuscripts of poems. The first editions of some books of his are extremely valuable, as well as their draft versions.

In the archive of Pencho Slaveykov we can find manuscripts of some of his critical works and many of his translations from different languages.

The archive also stores documents from the work of Pencho Slaveykov as public figure – in the National Library and the National Theater. An important part of the correspondence preserved in the archive consists of the letters and postcards to and from Dr. Krastev, the Karavelov family, Boyan Penev, Mara Belcheva, Ivan Slaveykov, P. Y. Todorov, etc. There are also some letters from Alfred Jensen who in 1912 proposed Pencho Slaveykov for the Nobel Prize for Bloody Song, and letters and memoires about Prof. Carlo Branzoni who took care for the medical treatment of Pencho Slaveykov in Brunate. The archive stores many illustrative materials including postcards, portraits, sketches. As a separate subsection, there are materials by Mara Belcheva. Other impressive evidence is presented by the documents from relatives of Slaveykov. Different items from different periods of his life were digitalized in 3-D format. 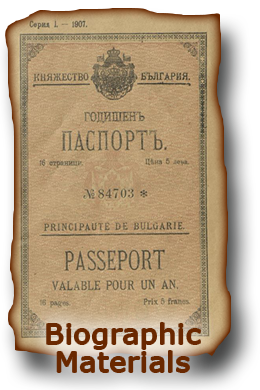 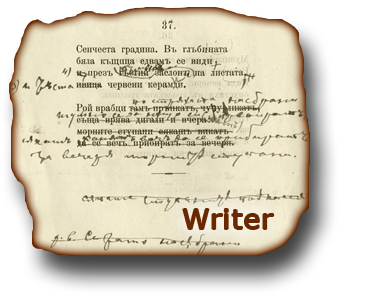 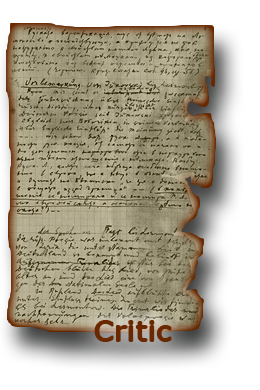 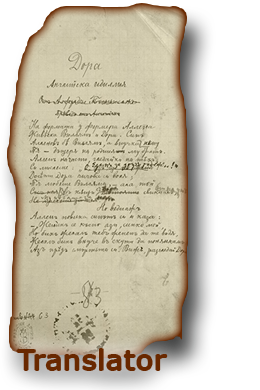 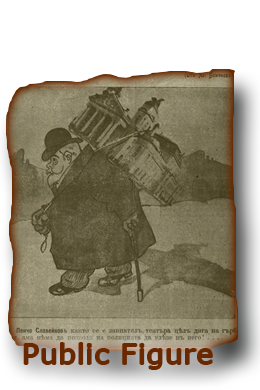 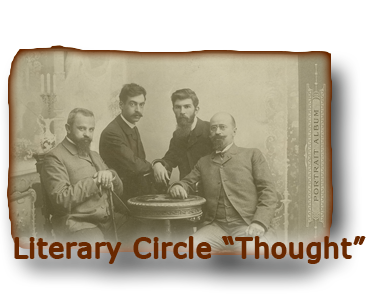 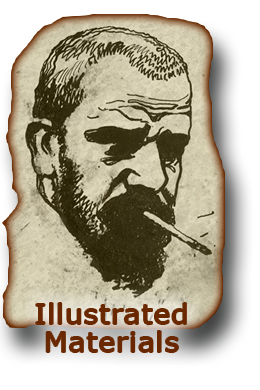 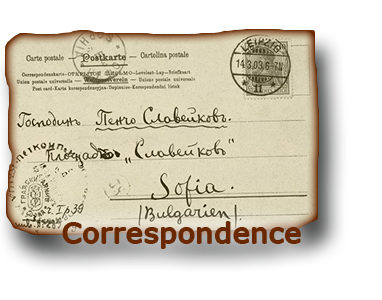 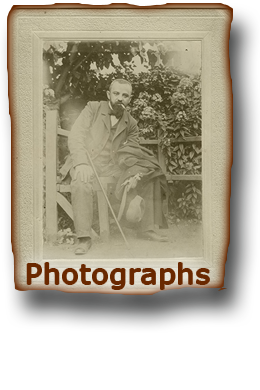 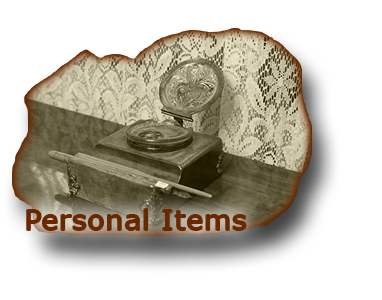 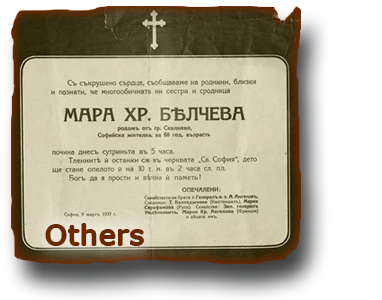