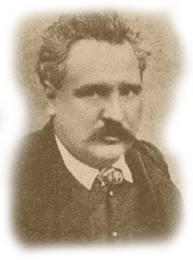 Petko Slaveykov was born on November 17, 1827 in Tarnovo. For the period 1832–1842 he attended monastery schools in Tarnovo, in 1842 he finished his education at Emanuil Vaskidovich in Svishtov. In 1849 he was appointed as teacher in Tryavna. From 1854 to 1864 Slaveykov taught at different places – his longer stays were at Tryavna, Eski Dzhumaya (Targovishte), and Varna. In the years 1854, 1856, 1857/8 he visited Istanbul and was involved in the struggle for religious independence of the Bulgarians becoming one of its major figures.

For the period 1864-1875 Slaveykov was in Istanbul and worked actively as journalist, translator, poet, teacher, public leader. He gained popularity by the collaboration to different periodicals. The radical article “Two Castes and Two Governments”, published in Macedonia newspaper on July 18, 1872, lead to a prohibition over the paper, the arrest of Slaveykov and his financial bankrupt. In 1983 in the magazine Book Club edited by him, he published his most famous poetic works: “My Cruelty Was Humbled” and “The Fountain of the White-leg Girl”. With the publication of the translation of the Bible from 1878 he completely established himself as the new creator of Bulgarian language.

In 1874 he was a teacher in Edirne and after that – in Stara Zagora (till 1877) until the burning down of the city when the first serious poetic book by Slaveykov and his folklore collections were destroyed. After the National Liberation he took part in the Founding Assembly in Tarnovo, worked as headmaster of the National Library, Chairman of the National Allembly, Minister of Education, Minister of Foreign Affairs (1881; 1884). After the coup d’etat of Alexander Batenberg, he emigrated to Eastern Rumelia, worked as a teacher in Plovdiv and dedicated his efforts to scholarly activities. The first volume of the folklore sayings Slaveykov collected through his whole life was published in 1982. The writer died on July 1, 1895 in Sofia.

The archive of Petko Slaveykov stores a number of biographic materials like traveling licenses, notebooks of everyday essence, a fragment from a manuscript history of the family of Slaveykov and his wife, autobiography, etc. In this section there is an interesting collection of anecdotes about the writer. In Petko Slaveykov’s archive there are a significant number of literary materials: many notebooks with literary sketches, notes, fragments, drafts and copies of lyrical poems and epic poems, charades, lullabies, fables, sayings, sentences, songs, superstitions, dramatic works, as well as an impressive mass of linguistic materials, drafts for a short Bulgarian grammar and orthography, research works on the Bulgarian adverbs, versatile ethnographic materials, valuable folklore materials, materials on history, an unfinished biography of G. S. Rakovsky, a large number of traveller and geographic notes, materials for a textbook of Geography. In the large corpus of literary materials there are also articles in English and fiction fragments.

The Slaveykov’s archive contains many manuscripts of speeches and discussions, of expositions and political articles, and manually written notes to some articles and scientific works. To our attention are brought many letters by and to Petko Slaveykov – some of them of personal, others of business matter. The archive includes photographs of Petko Slaveykov, of Hristo and Pencho Slaveykovi, of relatives and acquaintances. An interesting part of it is the archive of Racho Slaveykov, Ivan Slaveykov, and the Karavelov family. The collection of books from the library of Petko Slaveykov is very rich and valuable. Different items that served him in different periods of his life are digitalized in 3-D format. 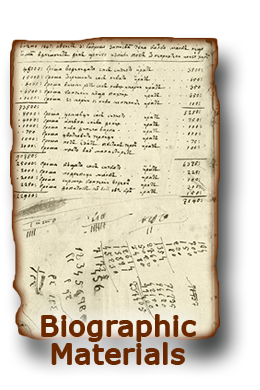 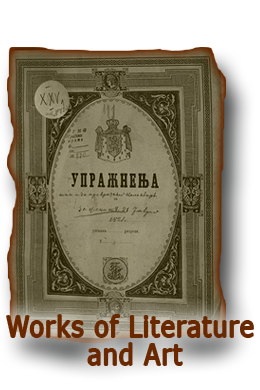 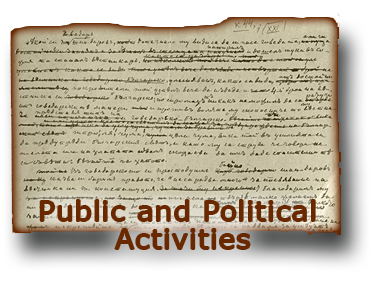 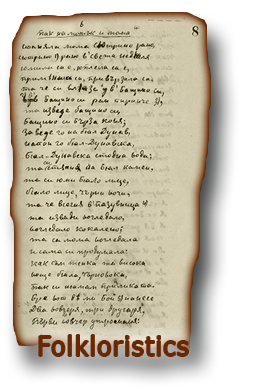 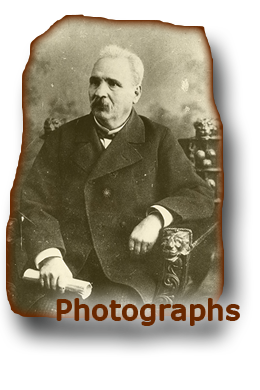 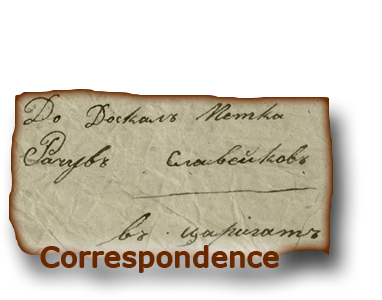 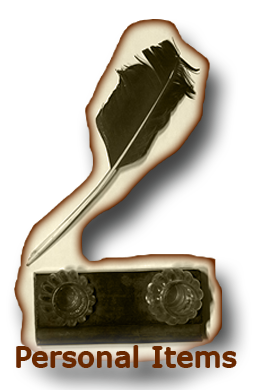 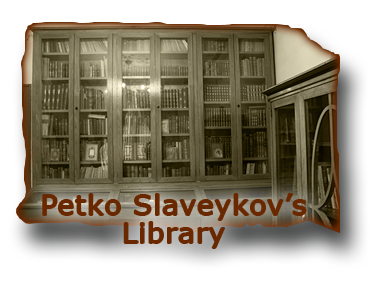 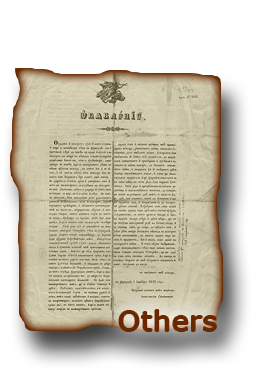