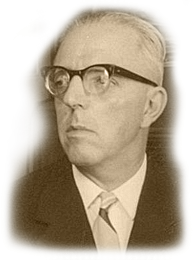 Dimov was born on June 25, 1909 in the city of Lovech. He enrolled in the Veterinary Medical Faculty at the Sofia University and in 1934 graduated as veterinary doctor. He worked in the Central Bacteriological Institute of Sofia, in the Regional Veterinary Bacteriological Station in Burgas, he was also a regional vet in the Vaskevo village (Sofia Region) and in Knezha. For the period 1939–1943 he was an Assistant Professor in Anatomy at the Higher Medical Faculty of Sofia University, from January, 1943 he had a specialization in histology of the nervous system at the Madrid Institute “Ramon y Cajal”, Assoc. Professor at the Agronomical Faculty of the Agrarian University in Plovdiv (1946–1949) and at the Agrarian Academy in Sofia (1949–1952), Professor of Anatomy, Embriology and Histology of Vertebrates at the Higher Agrarian Institute, Sofia (1953–1966). Dimitar Dimov is the author of more than 20 scientific works in the field of veterinary medicine. After 1966, plans and manuscripts for two books on the theory of reflection were found in his archive. He died of stroke on April 1, 1966 in Bucharest.

Dimitar Dimov is the author of three novels: Lieutenant Benz (1938), Doomed Souls (1945) and Tobacco (1951), he also left an unfinished novel entitled The Achilles Heel. The following plays have a significant role in his work: Women with a Past (1960), The Guilty One (1961), Holyday in Arco Iris (1963). From the early 1940’s on Dimov published short stories, travel notes, parts of novels and dramas in periodicals. From March, 1964 to his death he was the Chairman of the Union of Bulgarian Writers.

Dimov’s archive contains an impressive corpus of photographs of the writer, of his relatives, associates and acquaintances, photos of prototypes of characters from the novel Tobacco, a collection of caricatures of tobacco merchants, as well as the press-conference after the premiere of the film Tobacco.

The corpus of memoires of the writer collected in his archive is extremely impressive. The repository also stores several books from the library of the writer.

In the archive of D. Dimov, there is a separate large section with materials by Rusi Ganev, the second husband of his mother, where the highly important manuscript by Ganev The Bulgarian Tobacco Cooperatives is included – it served as documentary basis for the creation of Dimov’s Tobacco. An interesting finding in Dimov’s archive are the books from the library of Totyu Dimov, the father of the writer. The archive also contains manuscripts by Ivan Harizanov, an uncle of the writer and a journalist and political activist, husband of the poetess Ekaterina Nencheva. Dimov’s archive stores papers and poems by Ivan Dimov, another uncle of the writer.

An interesting part of the archive is composed of a number of documents of economic type and referring to property. They reveal the status and the relations of the family. A fascinating curiosity is the preserved brochure on driving a car. Dimov used it to learn how to drive and put some notes in the margins; the brochure is paired with a copy of the Law for Transport from 1964.

A lot of materials from Dimov’s scientific and professorial activity are also digitalized: lectures on anatomy, histology, morphology and embryology of domestic animals with graphs and illustrations made by the writer, curriculums for his lecture courses in the Zoological-Technical Faculty of the Agrarian Academy in Sofia and in the Plovdiv University; lectures in zoology, materials and notes in physics, scientific reviews of works by his colleagues. A valuable item is the edition of the scientific book of Dimov in Spanish. Another exhibit of that sort is the dissertation Dimov habilitated with – On the Shape of Vertebrae in Buffalos from 1934. There are also drafts by the writer in the field of philosophy, some of them in Russian, plans and notes for a book on the theory of reflection, notes on philosophy of evolution, and literary materials, sociological observations, articles.

A voluminous and informative part of the archive is dedicated to the correspondence of Dimov Museum with Spain. It is related to the biography of the writer and his works. 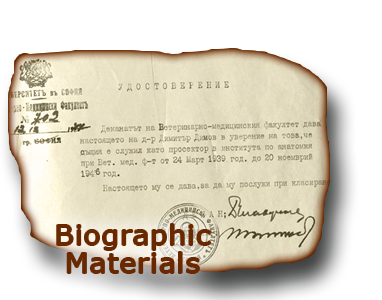 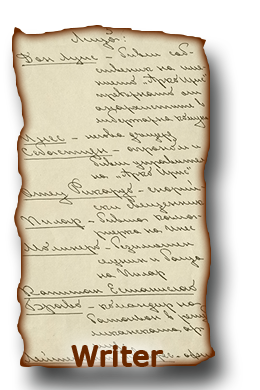 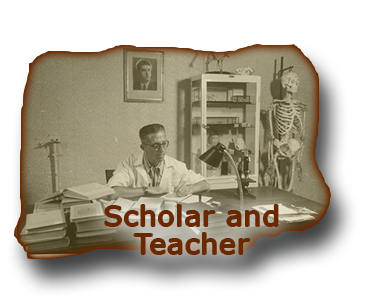 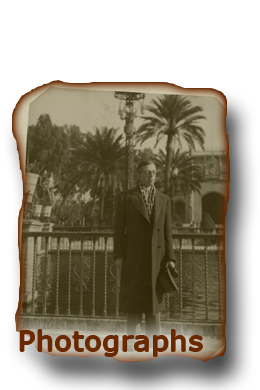 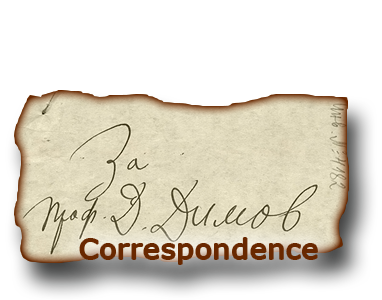 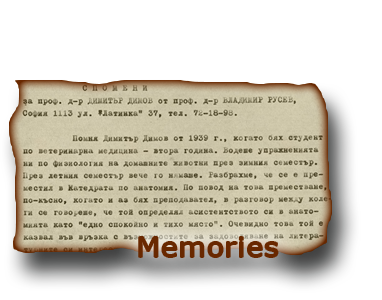 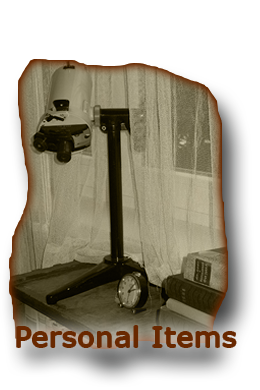 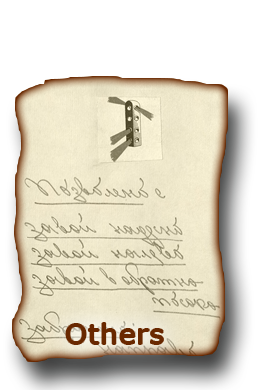