The National Museum of Literature 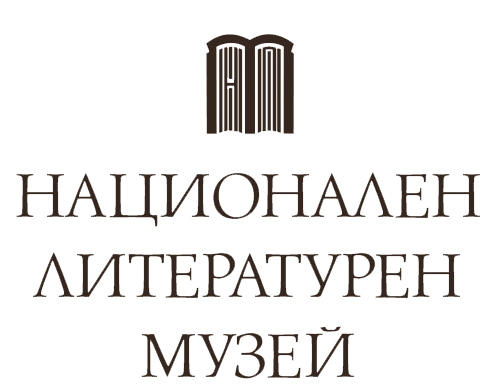 The National Literary Museum (NLM) is a state scientific and cultural institute of national importance, created in 1976 by means of a Parliament Order No 236. Its assigned mission was to “search for, gather, preserve, research, publish and exhibit documents and items related to the history of Bulgarian literature in general from its beginnings to the present day and also in future”. The structure of NLM include 8 house-museums on the territory of Sofia and in the country: “Ivan Vazov”, “P. K. Yavorov”, “Petko and Pencho Slaveykov”, “N. Y. Vaptsarov”, “Hristo Smirnenski”, “D. Dimov”, “Em. Stanev” and “Elin Pelin”, as well as 3 memorial study rooms: “St. Chilingirov”, “Iv. Bogdanov”, “Vl. Bashev”. The “Repositories” department, similarly to the house-museums, stores a huge legacy of manuscripts, photographs, documents, whole archives of both classical authors and some forgotten ones or authors who were subjected to political repressions; rare ethnographic material, unique items, manuscript sheets and books /14th – 16th centuries/; several hundred old book editions, bibliophile rarities and first editions, books with autographs; writers’ libraries; an impressive collection of artworks.

NLM takes up large-scale agendas that would emphasize its prestigious place on the cultural map of Bulgaria and Europe. In the museum, a scientific group was created and among the literary historians and writers working at the institution there are authors of local and foreign renown. Representative exhibitions and writer’s anniversaries organized by the Literary Museum are invited in Paris, Vienna, Moscow, Prague, and other European capitals. NLM is in successful partnership with the Institute for Literature at BAS, the Sofia University “St. Kliment Ohridski”, NALIS Foundation, My Museum Foundation, Archives State Agency, St. St. Cyril and Methodius National Library. Every year NLM wins projects in national programs of the Ministry of Culture and National Fund Culture in order to publish and present books by both classical and forgotten authors, whose archives are stored in the museum’s repositories, as well as two book series: one of them is the series of bibliophile and phototype editions and the other is “Nezabrava” that was started in 2016. NLM has participated as subcontractor in the international project Europeana Photography together with the foundation National Academic Library-Information System (NALIS). The subproject was “European Repositories for Old Photograph Digital Collections of Historical Importance” and was financed by EC.

NLM participates in the present project with:

- Highly qualified team of specialists for scanning and documenting of the cultural heritage and building metadata for a digital catalogue;

- Expert literary scholars and librarians that take part in the development of the profiles of the classical writers in the project.