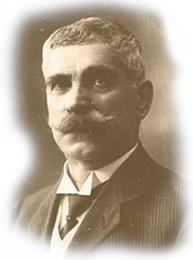 Ivan Vazov was born on July 9, 1850 in the city of Sopot. He studied at the Sopot Primary School and at the Kalofer School where he became a low-grade teacher under the teacher Botyo Petkov. In 1867 he enrolled at the Plovdiv High School with headmaster Y. Gruev. In 1870 Vazov was sent to his uncle, a merchant at Oltenita, Romania where he wrote patriotic poems, made publications in the Bulgarian press, spent several months with the Bulgarian revolutionary emigrants in Braila. For the period 1872 – 1873 he was a teacher at Svilengrad, for 1873 – 1875 – a translator at the construction site of the railway Sofia – Kyustendil, in 1875 he came back to Sopot and joined the city revolutionary committee. Due to the danger of being arrested, Vazov emigrated to Romania; in Bucharest he became a member and secretary of the Bulgarian Central Charitable Society. After the National Liberation he was appointed as clerk at the governor Nayden Gerov in Svishtov, the same year Vazov was sent to a work trip to Ruse as clerk on a special commission. For the period 1879 – 1880 he worked in Berkovitsa as Chairman of the Regional Court, then was appointed in Vidin, but resigned the job and on October 5, 1880 he left for the capital of Eastern Rumelia where he became a deputy at the Regional Assembly and started work as editor, critic, journalist, and writer. Together with Konstantin Velichkov, he edited the newspaper People’s Voice (1880-85), in 1884 the two of them were also the compilers of the Bulgarian Chrestomathy which was of profound importance for Bulgarian culture, language and literature. In 1885 Vazov and Velichkov founded and were editors of Zora magazine. Vazov was elected a Chairman of the Plovdiv Scientific and Book Society and was the chief editor of its organ – the magazine Science. After the Unification of Bulgaria and Eastern Rumelia in 1886, due to political reasons, Vazov emigrated to Odessa through Istanbul with a forged passport, and after he came back to Sofia, he founded a new magazine – Present Day (1890-1892). Vazov entered actively the social life of the capital: he was elected as deputy twice (1894 and 1896), as Minister of Education in the cabinet of Konstantin Stoilov (1897 – 1899), as Chairman of the Slavic Charitable Society and editor of its organ – the magazine Slavic World. In 1911 he was a deputy in the Fifth Great National Assembly (Parliament). In 1920 Vazov was proclaimed “people’s poet” by state decree. He died on September 22, 1921 in Sofia.

The work of Ivan Vazov has a key role in the history of Bulgarian literature. It develops all literary genres and has an extremely large thematic scope. Among his most renowned and important books one can put an accent on the poetic cycle “Epic for the Forgotten Ones”, the novel Under the Yoke, the novelettes Uncles and Doomed and Miserable, his lyric collections of varied themes, his short stories, his travelling notes, his dramas. He also thrived as literary critic, journalist and translator. Due to his whole artistic and social activity, Ivan Vazov became known as the Patriarch of Bulgarian Literature.

In Vazov’s archive there are personal documents like a manuscript of a speech held at the 50th anniversary of the writer with manually inserted notes in the margins, a poetic biography of Vazov, photographs from Vazov’s funeral on September 29, 1921 in Sofia. The archive also contains a number of literary materials in manuscript. An interesting part of the correspondence Vazov was keeping are his letters to the Tsar and the Tsaritsa, Prof. Ivan Shishmanov, Konstantin Velichkov, Dora Gabe, etc. A large part of the archive consists of drawings and personal photographs of Vazov taken at different stages of his life. In the personal library of the writer there are valuable encyclopedic editions in different languages, historical and literary texts, the files of the magazines Revival of Society and Sun, consecutive yearly expositions on the situation with Slavic Discussion (from 1881 to 1911), etc. 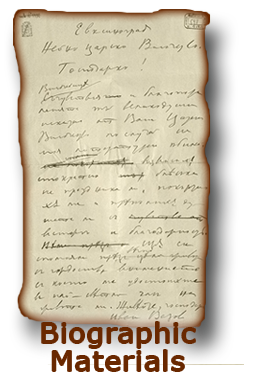 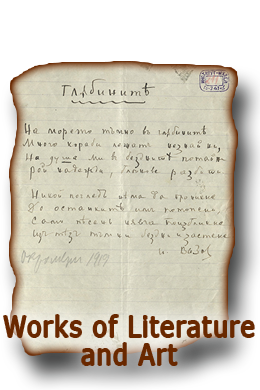 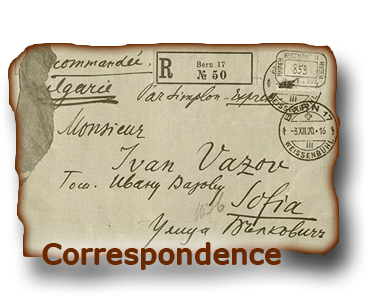 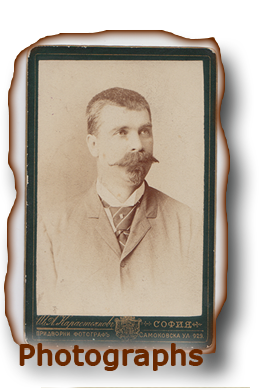 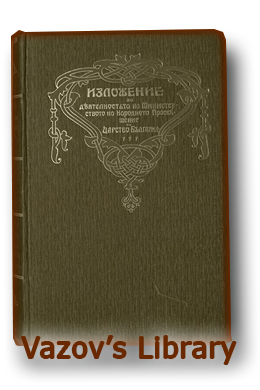 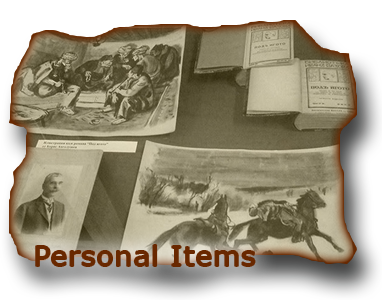 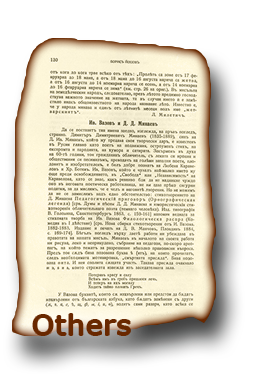