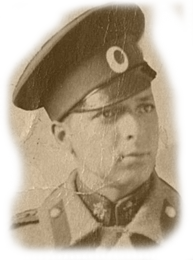 Hristo Smirnenski (a penname of Hristo Dimitrov Izmirliev) was born on September 29, 1898 in the city of Kukush. He finished his primary school education in his home town. His desire to continue his education in the Thessaloniki High School failed due to lack of money. During the Second Balkan War (1913) the city was burned down and the Izmirlievi family moved to Sofia. In 1913 Hristo enrolled in the Construction Building Department of the Technical High School while at the same time he worked as newsboy and later on in a team for measurements along the railway around Nikopol. Following the example of his older brother Toma, he started collaborating to the comic paper Whatever, where his first works were published in 1915. Through the years he wrote in a many magazines and in 1917 became a cofounder of the comic magazine Laughter and Tears together with some friends of his. A year later Smirnenski, under the penname of Vetbal, published his first book Sighs of Different Calibers Written in Verse and Prose.

In 1917 Hristo Smirnenski left the Technical School and enrolled in the Military School at Sofia, but, since he was deeply repelled by the political regime and the bloody suppression of the Vladaya Rebellion by the cadets, Smirnenski left the school and enrolled as student at the Juridical Faculty of the Sofia University (1918). He worked all the time – as clerk, inspector, reporter, measurer and construction monitoring, cashier, and laborer. Smirnenski got ever more engaged in the workers’ struggles and from 1921 on he was a member of the Bulgarian Communist Party (BCP). In 1922 he published his poetry book To be a Day! which received the acclaim of both the readers and the critics, a second edition of it was published the same year. In this same year 1922 he started Masquerade magazine together with his brother Toma. In the spring of 1923 Smirnensky fell ill with tuberculosis and died from it several months later (June 18, 1923).

In the archive of Hristo Smirnenski there are valuable personal documents: his certificate of baptism, documents from school and university, notes and the remarkable notebook of his last days.

His poetic materials include a notebook with manuscripts of early works, many manuscripts of poems, the first edition of Sighs of Different Calibers Written in Verse and Prose, the first and second editions of To be a Day! from 1922, a posthumous edition of his works entitled Winter Evenings with illustrations by Alexander Zhendov form 1924, manuscripts of prosaic texts, a photo-album that belonged to Toma Izmirliev, illustrations, caricatures by Smirnenski, photographs of the family including the famous photo of the two mothers – Elisaveta Izmirlieva and Elena Vaptsarova, of Toma Izmirliev, many photographs of Smirnenski with other cadets, relatives and friends.

The archive of the poet contains a large store of correspondence: letters and postcards to friends of his, the extremely valuable last letter to his sister Nadezhda, a letter to Dimitar Bakardzhiev dated from 1923 where Smirnenski describes his illness and his condition, as well as many letters and photos of the poet. An impressive part of Smirnenski’s archive consists of memories about him – some of them are unpublished or partly published. The editorial notes to some of the memoirs are very interesting. 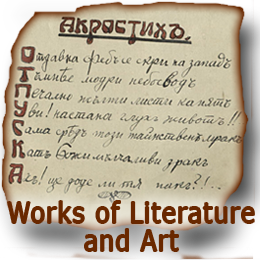 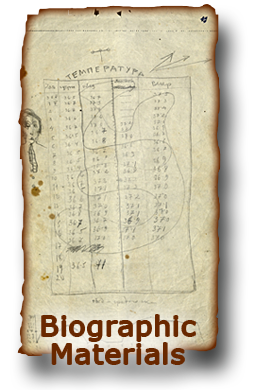 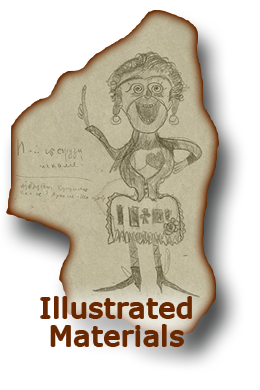 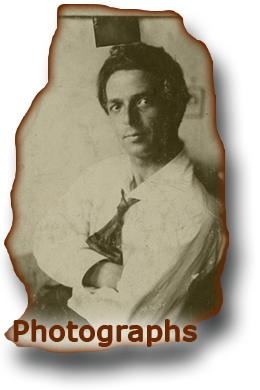 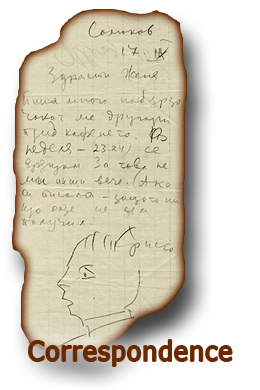 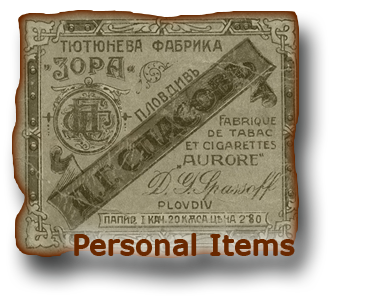 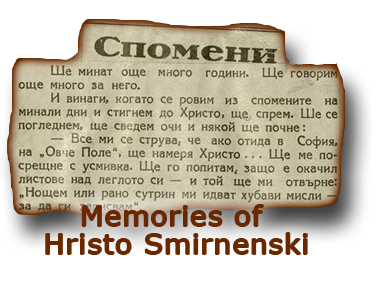 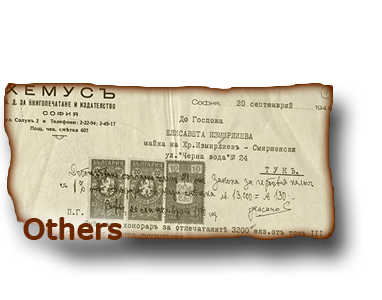