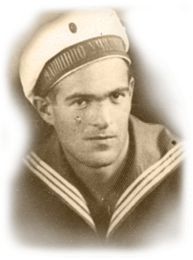 Nikola Vaptsarov was born on November 24, 1909 in the city of Bansko. He graduated from the Razlog High School where he collaborated as actor, singer, musician (he played the mandolin), gymnast. He was the inspirer for the founding of the School Temperance Society “Morality” and became its chairman. The society organized a number of theatric performances and literary readings. For the period 1926–1932 Vaptsarov studied at the Naval School of Mechanics in Varna because his father insisted on that choice of career. In 1930 Vaptsarov started probationary work on the torpedo-boat Drazki, than he was transferred to the ship Kaliakra. In 1932 he started work as probationary mechanist on the ship Burgas. After his graduation he worked as fireman and machinist in the cardboard factory in the village of Kocherinovo. After the close of the factory N. Vaptsarov departed to Sofia together with his family. There he went to work as a machinist at the millhouse of Burgachevi Brothers, and then as a locksmith and train fireman at the Sofia Railway Depot, as technician at the state incinerator in Sofia and as machine technician in the Test Station at the Ministry of Welfare. He was executed by firing squad on July 7, 1942 for collaboration with the Bombing and Subversion Committee at the Central Committee of the Bulgarian Communist Party.

Even at an early age as a schoolboy Vaptsarov published poems of his own in different periodicals. In 1935 he wrote the drama The Wave that Roars. In the following years, already settled in Sofia, the poet published poems in the newspapers Steering Wheel, New Bell, Light-stream, etc. In 1937 he won a radio-competition with his play Bent and a competition of the magazine Pilot on topic “Art Works with Plot Related to Airplanes” – there Vaptsarov proposed his poem “Romantic”. He has an unfinished poem entitled “Ilinden”. N. Vaptsarov participated in the Macedonian Literary Circle for the whole period of its existence from 1938 to 1941. In 1940 his poetry book Motor Songs was published.

In the archive of N. Vaptsarov there are a number of biographic materials: ID card from the Razlog Regional Department, member cards from the Razlog Temperance Society and the Union of Bulgarian Writers, certificate from the grade exams at the Bansko Primary School for Boys and Girls, marine card from the Bulgarian Merchant Steamship Society, documents from the Naval School of Mechanics in Varna, job certificates, book for salaries and stoppages from the factory at Kocherinovo, home rent receipts, address card. The original manuscript of the police report on the participation of Vaptsarov in the Sobolev campaign from 1940 is of special interest. In the archive of the poet there are unique literary documents like the Brown Book with manuscripts of poems from 1927-1928, the Blue Book Bayer with poems from 1939 – 1942, the Pink Notebook with typescript copies of poems, the Big Notebook with typescript copies of poems from the period 1928 - 1930, the First Notebook of poems form the period 1939 – 1941, notebooks of varied content where the poem drafts alternate with diagrams, formulae and mathematical problems, the Blue Book with impressions and speeches, the Small Squared Book with notes that was a gift from Elena Vaptsarova, etc. Another interesting collection is the preserved in typescript reportages and papers of Vaptsarov, some of them of technical essence. In the archive of the poet there are also some of his photographs with friends and schoolmates, with relatives, unique photos of the exterior of the Navy School, photographs of Vaptsarov with Anton Popov in the machine room of the factory in Barakovo, personal photographs of Boyka Vaptsarova, as well as several artistically crafted albums with photos. Other interesting document is the witness script of Svetoslav Minkov in court in defense of Vaptsarov, and a lot of recorded memories of his schoolmates and boys of the same age. The archive stores rich correspondence with friends and acquaintances. The library of the poet includes a large collection of copies of the first edition of Motor Songs with autographs by author and manually inserted proofreading.

An attractive part of the archive are the manifold and varied personal items of Vaptsarov that are digitalized in 3-D format. 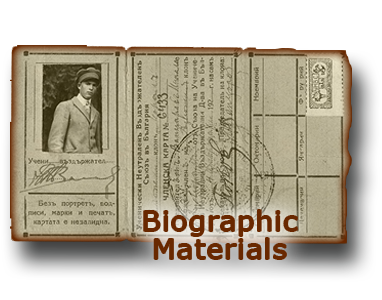 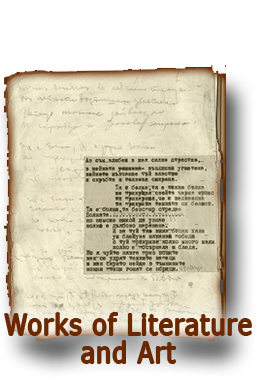 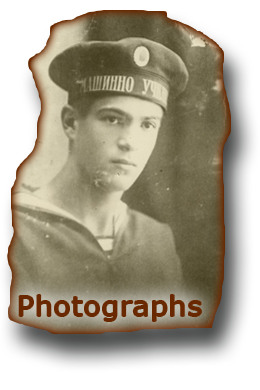 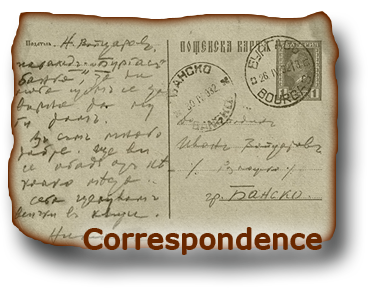 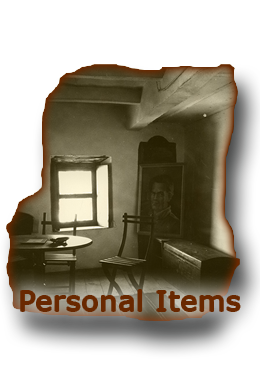 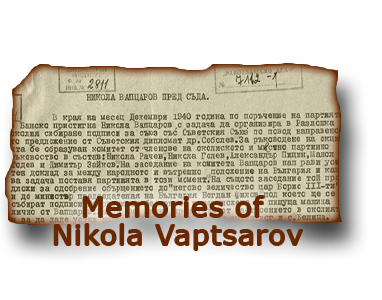 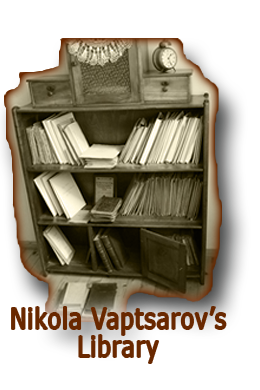 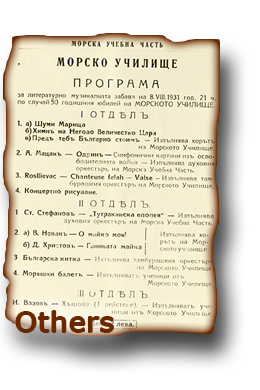