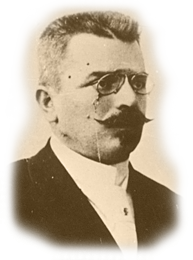 Mihalaki Georgiev was born in Vidin on August 11, 1852. He graduated from the renowned Tabor Industrial-Agricultural School (1872–1874). After the graduation he started work as a teacher at the four grade school at Vidin (August 1, 1974) and worked there till May 1, 1978 teaching natural sciences. He worked as chief of the Vidin Customs Office, as inspector at the Customs Department at the Ministry of Finance. For many years Georgiev was the chief of the Agricultural-Merchant Department at the Ministry of State Buildings, Agriculture and Trade – he laid the foundations of the Ministry of Agriculture. Another achievement of his was being the first director of what is now known as the International Plovdiv Fair and was then founded as the First Bulgarian Agricultural-Industrial Exhibition (1982). For the period 1894–1899 he was a diplomatic agent at Vienna and Belgrade. In the years 1906–1908 Georgiev was the chief editor of the political daily Balkan Tribune.

Mihalaki Georgiev is one of the founders of the first cultural-educational society Slavic Tribune (1880), one of the originators of the idea of the Society of the Bulgarian Journalists and its chairman (1911). In the mid-80’s of the nineteenth century, the first literary circle in Bulgaria after the National Liberation was founded in Georgiev’s home. It preceded the Thought Circle by several years. Mihalaki Georgiev was the author of novelettes, short stories and comic sketches that were published in all leading literary periodicals. He didn’t publish a volume of his works within his lifetime.

The archive of Mihalaki Georgiev stores lectures in two parts and a notebook on fruit-growing, lectures on bee-keeping and a manuscript The Life and Customs of Bees, lectures and handwritten notes on physics, a copy of the brochure The Sun and the Other Celestial Bodies written by the author. It also contains a copy of his Textbook on Botany for High Schools and a number of materials related to the textbook; a notebook on botany and the article “Herbs in Folk Medicine” that was published as a brochure. Of high value is the alphabetical pad where the Latin names of plants and the corresponding Bulgarian names were written (that gave good reason to later historians to proclaim Mihalaki Georgiev to be the founding father of Bulgarian botany). The archive also contains lectures on botany and zoology, and a notebook on trigonometry.

Other items of interest are the materials on statistics and the lectures on pedagogy written by Mihalaki Georgiev.

The corpus of financial documents from Mihalaki Georgiev’s work as customs inspector and chief of department at the Ministry of Finance is impressive.

The archive contains documents related to the work of M. Georgiev as publisher and editor of the newspapers Host and Balkan Tribune.

There are curious manuscripts of some of the most famous stories by Mihalaki Georgiev – “Kocho the Iron Stick”, “My Friend Pencho Chatmakov”, “Contemporary Picture of the Life of Our People”, “Mess”, fragments and notes on literary plots, manuscripts of poems, as well as the first edition of the story “The Wife of Tahir Beg” accompanied by theatric programs for the opera “The Wife of Tahir Beg”.

Some personal documents are also valuable. Among them can be found certificates for medals and awards, autobiography and certificates for length of service, a list of the positions Mihalaki Georgiev worked on, invitations for founding civic organizations. An impressive corpus in the archive comprises the correspondence of Mihalaki Georgiev – office and personal correspondence, as well as many letters of condolences for the death of the writer. 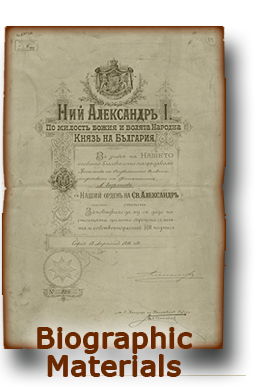 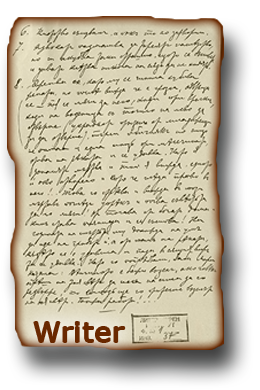 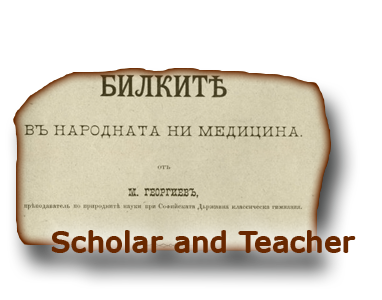 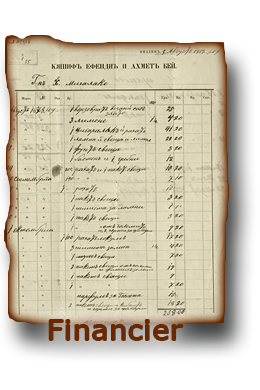 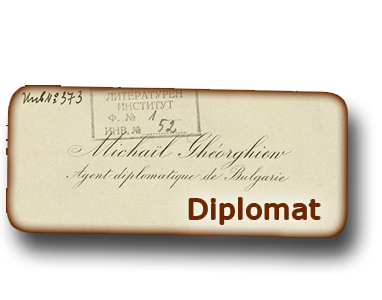 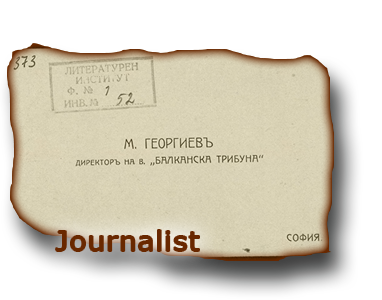 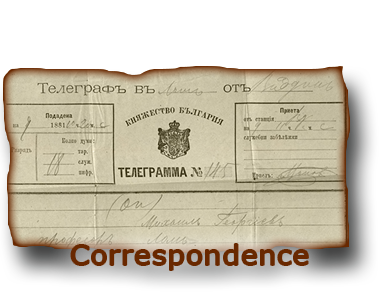 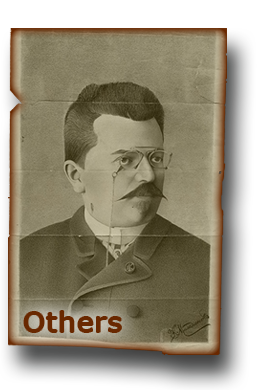